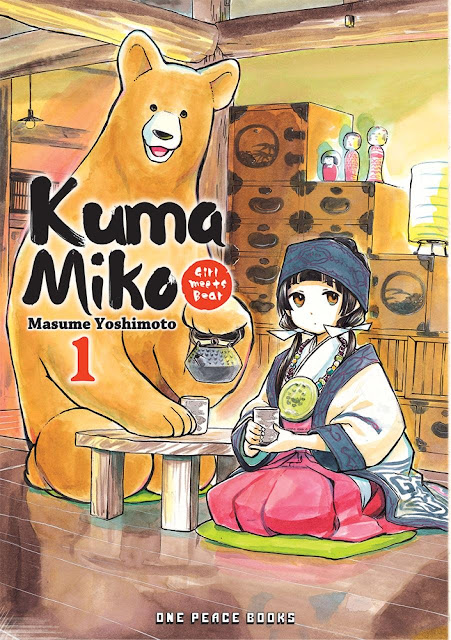 I get a lot of enjoyment and affirmation from manga series like My Love Story, Chi's Sweet Home, Yostuba &! and others -they're satisfyingly wholesome and naturally funny, without being too pat or superficial, and seem to focus on character more than anything else. So I'm pretty pleased to discover One Peace Books are publishing a new series, Kuma Miko: Girl Meets Bear by Masume Yoshimoto, this autumn, which looks to be in the same vein. Kuma Miko (which roughly translates to 'bear, miko') is an ongoing manga which originally began serialisation in Japanese magazine Monthly Comic Flapper in May 2013. The comics have, to date, been collected into 5 volumes, the first two of which One Peace will be releasing in English this September and December respectively. 'Machi is 14 years old and has spent her whole life deep in the Touhoku Mountains as a miko (a shrine maiden). Raised alongside a talking bear, Natsu, she knows nothing of modern life. But, she is enthralled with its mysteries and determined to figure them out. Natsu attempts to prepare her for the trials and tribulations she will face entering the fast-paced city in this comical coming of age story of a backwoods girl in Japan.'

If you were wondering about the aspect that sold me on this, the ginormous talking bear was a major factor. Having a ginormous talking bear as a life mentor sounds interesting and unpredictable -and the hugs would be excellent. Also he seems quite relatable, from the pages I've perused (example: see him splayed out, munching enthusiastically, below) yet still quite a bear-y bear, too; not merely a person in bear form. The ability to be both cute and scary is an important one. Is it strange to relate to a bear more than a young girl? The art...I'd be lying if I said I was 100% sold on it, but it doesn't actively work against my preferences and if the storytelling is strong, it'll be an easy enough compromise. It looks pared back but not static or flat, which is what I find very difficult to get into. I want this to be good! 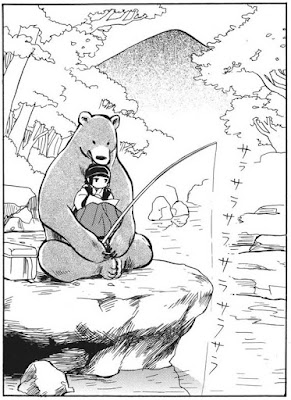 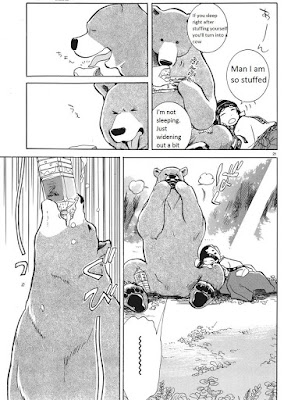 The few manga-to-anime series adaptations I've watched have stuck to the source material very closely, almost panel to frame, so I generally like to spend my time with either one or the other unless each is doing something quite different. I'm going to wait for the books with this, but the anime does look lively and a lot of fun- you can see the opening title sequence here, and some stills and character design sheets, below. 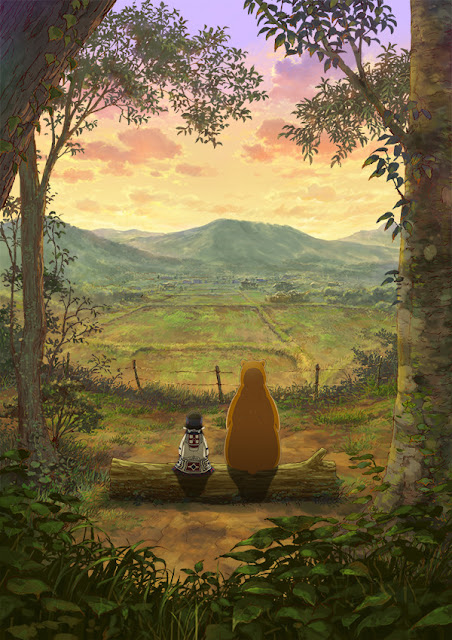 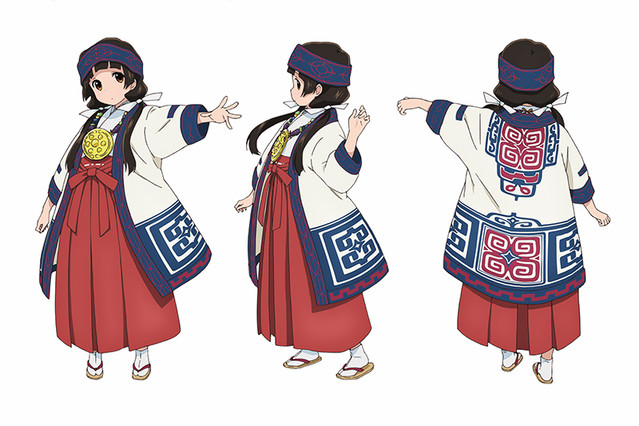 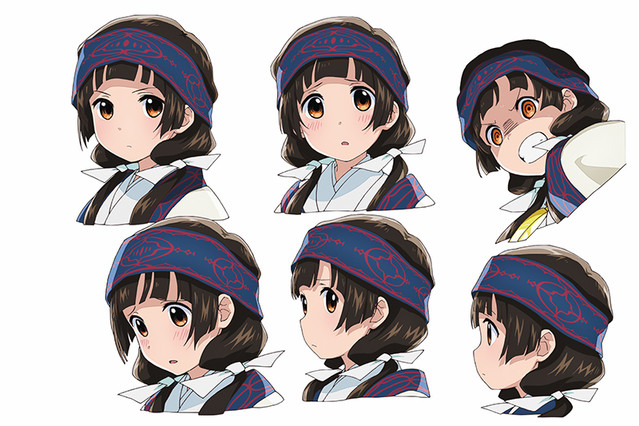 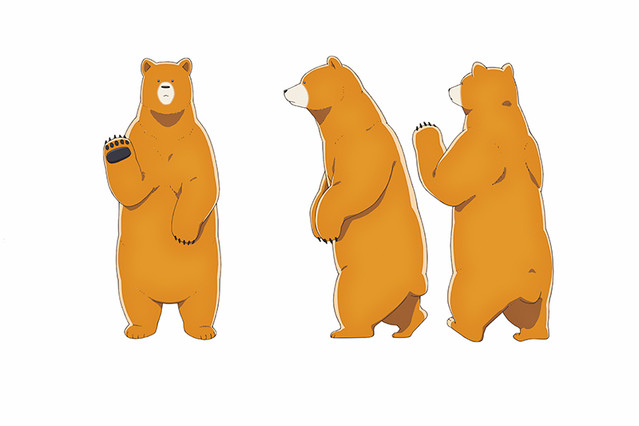