Back in 2013, my friend Andy gave me one of Eleni Kalorkoti's zines as something to look out for. It was one of twelve she made as a year-long, zine-a-month project that served as my introduction to her work. Whilst I recall thinking at the time the pieces within were nice, some images were stronger than others,with the work lacking a specific identity. In the 4 years since, I've been following Kalorkoti's work and without meaning to patronise, one of the greatest pleasures in following artists is seeing them develop, and improve. The strength of Kalorkoti's work lies in her use of shape, pattern, and colour. The combination of all 3 could be potentially messy or overwhelming but Kalorkoti's main field is editorial illustration and zines of single-page illustrations, both of which provide the space needed for that combination of facets to be better served.

A good example of this is Kalorkoti's 'Blip' zine. Taking from her 'Glitch' work, Blip portrays a series of women, stretched and skewed by a hall-of-mirrors effect. One of the things I love about Blip is that it showcases Kalorkoti's geometrical affinity for shape, whilst also typifying the softness and emotion of her work. By 'soft,' I mean that shapes have defined, solid lines; they're angular, yet her work never feels hard because she refrains from using a black outline, and is reinforced by the qualities of watercolour (which imbues a gentle warmth). It's so thoughtfully done, and beautifully balanced; the line is never lost, or too tight, and she manipulates the white of the page innovatively. Kalorkoti's able to get such clarity from her paints. Look, for example, at the contrasting orange shades employed to get that 3D effect (in the fifth picture, below) on the woman's torso. Just unbelievably good. That she's able to consider fashion -both as a point of visual interest and identity- is an indication of how good she is.

I like Blip for the subjects it hints at: the deconstruction and reconstruction of women's bodies, the commodification of women's appearance; distortion and reality. The idea of looking into mirrors and seeing multiple reflections; perception of self, how others perceive you, how you'd like to be perceived. Pulled into various directions by social normative conventions, yet containing multitudes. The 'blip' effect doesn't allow you to fully make these women out, so you're unable to define or judge them. In an understated way, Blip challenges your gaze and the way you look at women. 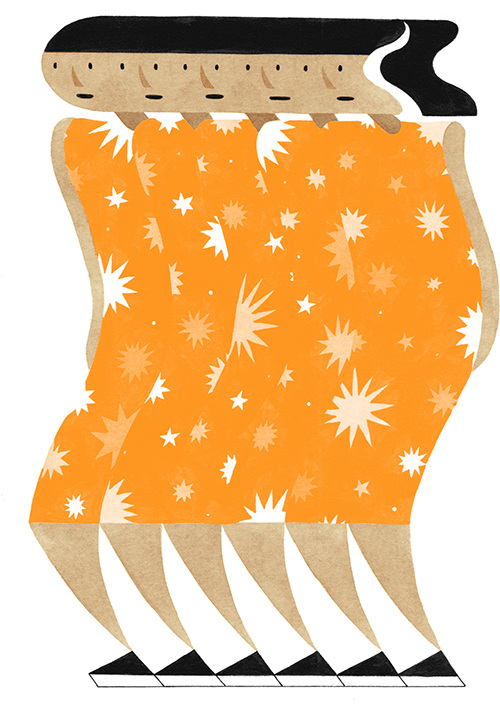 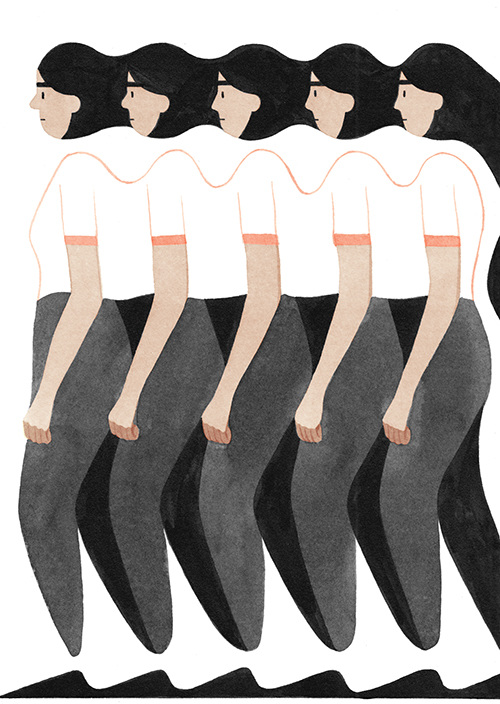 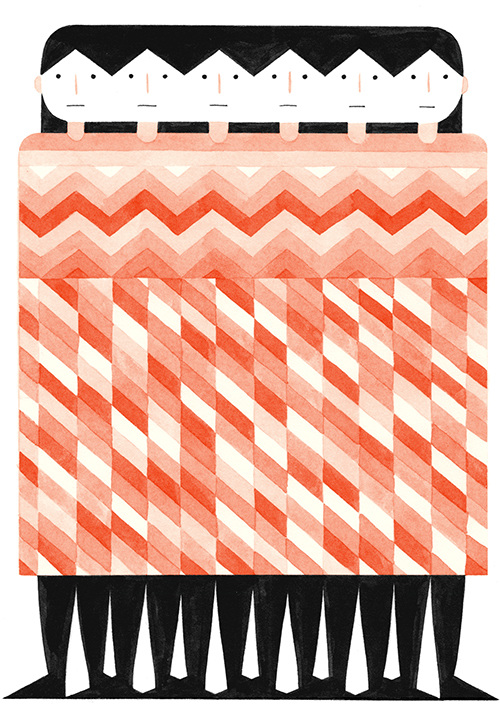